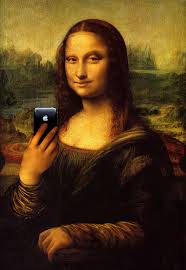 And yes, you read that correctly. If you’re currently in or past your thirties then the title of this article might sound a little counterintuitive. That’s because age – for those of us who remember watching  The Golden Girls while it was still on air – isn’t the sort of thing we’re really prepared to embrace. After your 21st birthday, age isn’t really something to look forward to anymore, let alone rush towards.  Rather, we try and reverse it or at least conceal it as much as possible. At best, we’re taught to ignore it and live as if it didn’t matter. Individuals and brands alike, encourage us to live as if age was purely a state of mind, but even Dorothy, Rose, Blanche and Sophia had makeup artists at their disposal.  And despite my own professional bias– let me be the first to align with anyone who believes nature is beautiful and aging is natural.  However, it seems that the newer generations are dealing with these matters from an entirely different approach.

For many people still in their twenties or younger, beauty is no longer something that wanes with age and therefore requires us to acquiesce and/or fixit. Almost as much due to social media as to scientific developments, today’s youth are managing beauty standards from a perspective that’s increasingly preventative. Gone are the days of waiting until you’re “old enough” to start seeking facial rejuvenation with the technology available today, attention to preserving ones looks begins at much earlier age. To understand where we’re headed as a society in regards to aesthetics, beauty standards, and agency in our own aging process, we should look at today’s young people and learn how technology has impacted how they deal with the effects of aging, specifically on the face and neck.

Say what you will about social media, but the fact of the matter is that it’s everywhere and it’s inescapable.  Now think about the entire generation of people who’ve never known life without social media, and look at how they make decisions. Chances are they’re heavily influenced by the networks they belong to online. Now, some of this influence has gone so far as to force companies like Instagram to ban any features on their apps that “encourage” plastic surgery. And frankly, any plastic surgeon would tell you that no one should be getting a cosmetic procedure without thoroughly educating themselves on it’s risks, benefits and possible alternatives.  Luckily, however, we’re seeing more and more young people use social media doing just that – educating themselves – and at least from a surgeon’s perspective, it seems to be working.

With the rise of social media’s well recognizable influence on our self-perception, there’s also a rise in the number of well-educated young consumers. This positive influence of social media does not receive as much attention from the members of my generation, at least… The reality is that more and more young people are walking into plastic surgeon’s offices feeling empowered and fully prepared to make decisions for themselves. Whereas in the past, uninformed patients depended solely on doctors’ expertise, today’s young patients are coming in equipped with the necessary tools to age the way they see fit, as naturally and gracefully as possible. So the next time you see someone obsessing over a selfie, don’t just shake your head and assume they’re being gullible, they might actually be much smarter than they get credit for.

Before we close this discussion (at least for the moment) we should reiterate and clarify that the takeaway is not that young people are delusional and think they can “prevent” aging altogether. On the contrary, we think the youth of today are more realistic than ever before, and smarter for it too.  Because they realize that by taking advantage of facial rejuvenation early on, they can look they way the feel for much longer than anyone before them ever could. When you take care of yourself sooner than later, you have less to worry about when later comes. Although that advice sounds like something an older person might say to their junior, it’s actually the trend that’s starting within the culture of our youth.

The youth that we speak of here may have never seen one of the most beloved sitcoms of the late 80’s, but if they continue on this trend we may be seeing more real life Golden Girls and Boys in the future than we ever had in the past. So do yourself a favor if you’re still under thirty and start taking care of your face and neck while it’s still preventative and not remedial. You might not have your own tv show or makeup crew yet, but you do have the tools to age as naturally and as gracefully as you so desire. That wasn’t the case just years ago, so be thankful for that and take advantage while it’s still an option, and not a necessity.